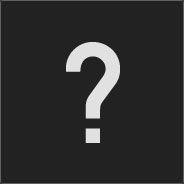 Today when I walked into my economics class I saw something I dread every time I close my eyes. Someone had brought their new gaming laptop to class. The Forklift he used to bring it was still running idle at the back. I started sweating as I sat down and gazed over at the 700lb beast that was his laptop. He had already reinforced his desk with steel support beams and was in the process of finding an outlet for a power cable thicker than Amy Schumer's thigh. I start shaking. I keep telling myself I'm going to be alright and that there's nothing to worry about. He somehow finds a fucking outlet. Tears are running down my cheeks as I send my last texts to my family saying I love them. The teacher starts the lecture, and the student turns his laptop on. The colored lights on his RGB Backlit keyboard flare to life like a nuclear flash, and a deep humming fills my ears and shakes my very soul. The entire city power grid goes dark. The classroom begins to shake as the massive fans begin to spin. In mere seconds my world has gone from vibrant life, to a dark, earth shattering void where my body is getting torn apart by the 150mph gale force winds and the 500 decibel groan of the cooling fans. As my body finally surrenders, I weep, as my school and my city go under. I fucking hate gaming laptops.
Gay VANCOUVER PLAYER (BETTER THAN RYUK AND XOOTY OMGGGG) GODTIER AIM PLAYER (NO ONE CAN TOP IT). BEST

MY CAT DIED, POKIMANE DIDNT SAY MY NAME AFTER A 1000$ DONATION AND THEN MY FAMILY AND I DIED IN A CAR CRASH, CAN THIS GET 20,000 UPDOOTS AN F AND REDDIT GOLD?

So i was browsing reddit. i did my daily deed by creating my 420th account to downvote EA’s comment about microtransactions (EPIC). and then i saw a hilarious meme about dying in a car crash on r/dankmemes. i decided to try it out. So me, being the typical redditor decided to take my wife and children with me (SPOILER, THIS WAS A MISTAKE). Not with standing, we were in the car and saw a big truck. Now i’m a fan of big trucks, let me tell you, but the driver was clearly an insta normie. We crashed into the truck going 250 mph. My wife was vaporised immediately. The car flipped 69 times (nice). Cum, everywhere. My cock and balls, tortured. My reddit gold, gone. r/wooosh. now
Important Oracle Java License Update
The Oracle Java License has changed for releases starting April 16, 2019.
The new Oracle Technology Network License Agreement for Oracle Java SE is substantially different from prior Oracle Java licenses. The new license permits certain uses, such as personal use and development use, at no cost -- but other uses authorized under prior Oracle Java licenses may no longer be available. Please review the terms carefully before downloading and using this product. An FAQ is available here.

Commercial license and support is available with a low cost Java SE Subscription.

Oracle also provides the latest OpenJDK release under the open source GPL License at jdk.java.net.
you might have noticed the truck driver has uploaded this accident on r/watchpeopledie after committing 4 counts of vehicular manslaughter. This guy is a repeat offender when it comes to reposting. I could name several instances in which he reposted in r/blursedimages and r/aww. Typically he reigns in 20% karma gains as compared to the original posts. This is outrageous. But what is more outrageous is this man, this normie decides to repost on to instagram! Unforgivable! Onto his instagram account, i have noticed several posts causing me to believe he is a boomer! Not just this, but a simp! He supports the orange man and kills children! To relieve my stress after this scarring incident, I decided to donate my life savings to pokemane. Now this bitch, didn't even say my name! I cant believe this! And then, to top it all off, after uploading my cat to r/chonkers HE DIES! It was right after his 12th meal of the day, so at least he died happily. Could it be the cat food? Has anyone else experienced this? After my cat dying i asked my crush out and she said no! My wifes boyfriend called me a cuck and insulted my neckbeard. I was sad. I covered my tears with my fedora. “M’lady”, i whispered, “please forgive me, i have failed you”. After this i went onto r/pewdiepiesubmissions to defend a woman being bullied by evil men. They called me a simp, but i knew that i was actually a protemail

Large text
ector of the

female gender from the patriarchy!

Edit 1: Thank you for the gold, kind stranger!

Edit 4: Keanu would be proud! Thank you!

Edit 6: Incredible! The amount of upvotes I have is almost as many murders as I have committed in Syria!

Help
Socials
About Us
EZPPFarm